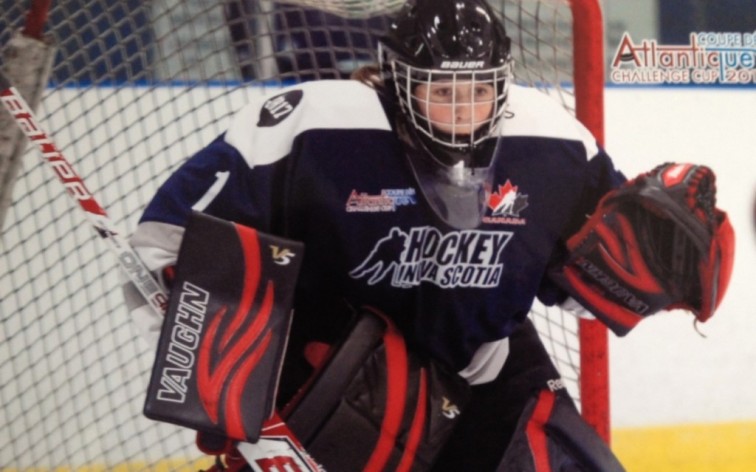 Nova Scotia’s Carly Jackson is hopeful her schedule will allow her to attend the upcoming Long Pond Heritage Classic in Windsor Nova Scotia, the Birthplace of Hockey.

Ms. Jackson was selected in one of three goalies filling out Canada’s under-18 women’s hockey team.  As the only player from Nova Scotia she is extremely proud to be selected as part of the Canadian national team.

David Hunter, chairman of the Long Pond Heritage Classic organizing committee said “She has a full schedule in front  of her. We and she are very hopeful that her timing works out.  There is a charity game on Friday night with the RCMP and the Windsor Fire Department that she hopes to play in as well as Saturday’s fund raising games and events.  She is in high demand as she plays locally for the Cumberland Blues in the NSJHL and she is also on the upcoming Canada Winter Games team for Nova Scotia which takes place mid-February. ”

The Long Pond Hockey Heritage Classic is in its fourth year as a charity fund raising event for the Windsor Hockey Heritage Society. The event serves to assist in preserving the proud hockey history of Nova Scotia and specifically Windsor’s role from its evolution on Long Pond .