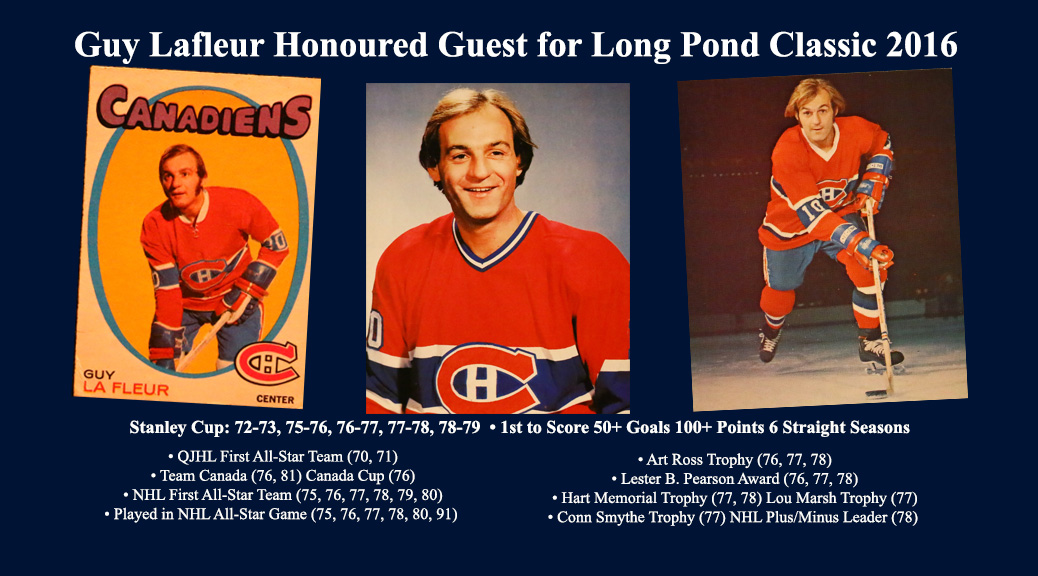 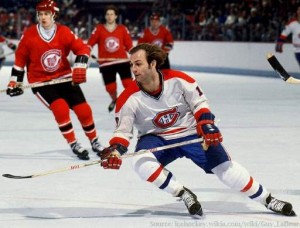 Guy Lafleur’s career in the NHL began in 1971 following two celebrated seasons in the Quebec Major Junior Hockey League with the Quebec Ramparts (G:130 A: 79).

During his fourth season (the year he removed his helmet), Guy came into his stride scoring 53 goals and tallying up 119 points. This was the beginning of an era for both the team and Guy. For the subsequent three years he lead the league in scoring and connected 6 straight years with 50+ goal seasons.

Twice recognized as the league’s MVP, he was one of hockey’s most exciting players and was instrumental in 5 Stanley Cup Championships. Initially retiring in 1984-85, he returned to the game he loved in 1988 with the New York Rangers (1 year) and then with Quebec (2 years). Guy returned permanently at the end of the 90-91 season hanging his skates up professionally after 1,126 games, 560 goals 793 assists and 1,353 points.

Known as “The Flower” guy Damian Lafleur is assured to have many stories and experience to share as part of this year’s Long Pond Heritage Hockey Classic. David Hunter, chair of the organizing committee and President of the Windsor Hockey Heritage Society commented, “We are thrilled to have been able to arrange a player of Guy’s caliber and history with the league. He continues a successful trend we’ve had with the Classic in attracting some of the best professional talent to our event. We’re hopeful that Guy will draw players and banquet attendees for the event to achieve our fund raising goal for the Windsor Hockey Heritage Society and the Birthplace of Hockey programs we undertake.”

This year’s Long Pond Classic Event is being held on January 30th, including a day of hockey for teams and players on famous Long Pond where hockey was first played circa 1800. The day of games are followed by a celebratory banquet and hot stove night. Player and banquet tickets are available by contacting the organizers through LongPondClassic.com or BirthplaceOfHockey.com.