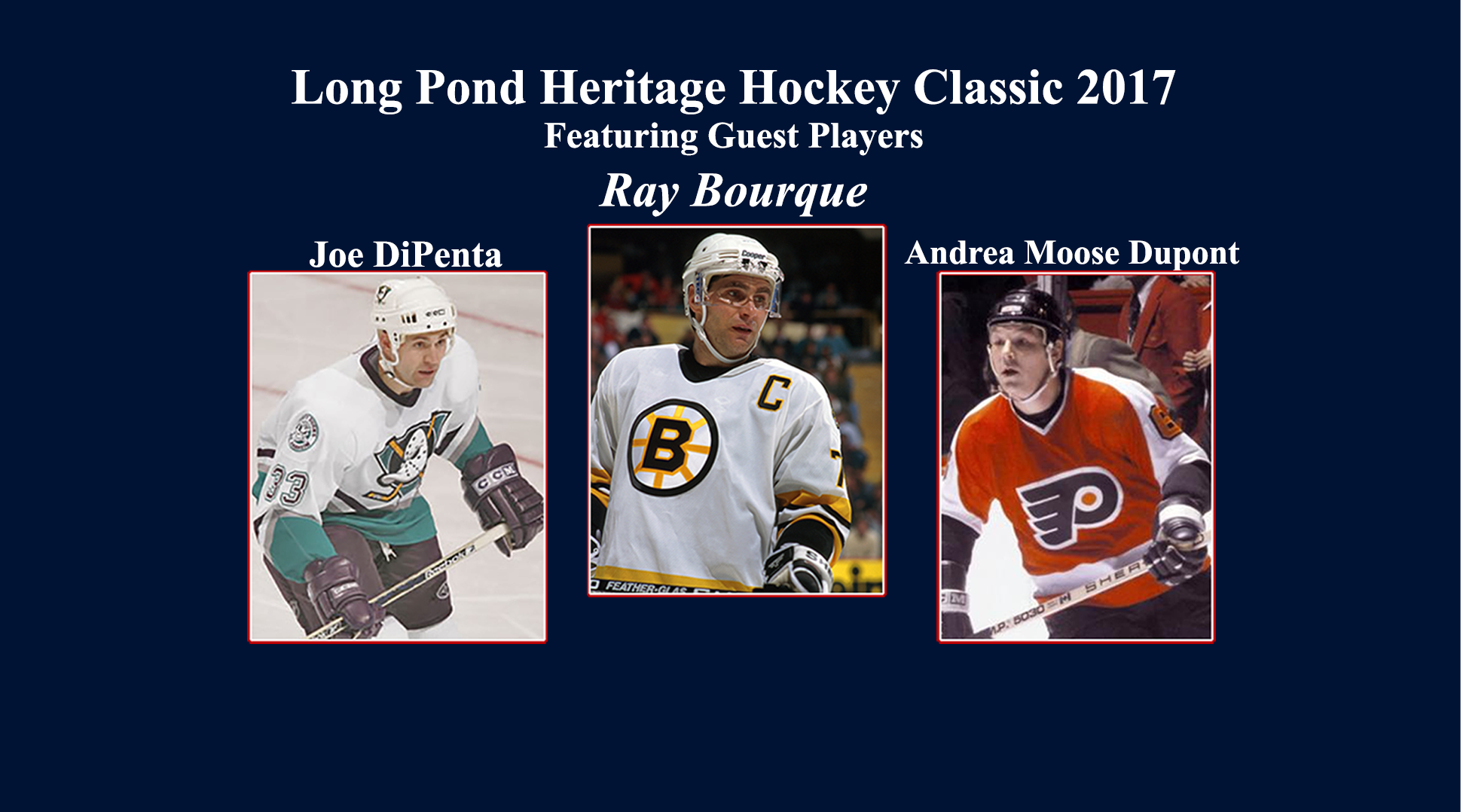 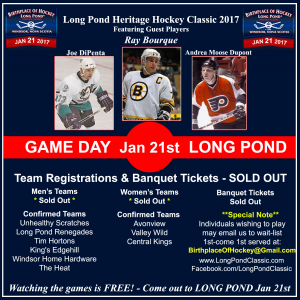 The organizing committee  for this year’s Long Pond Heritage Hockey Classic has announced that this year’s event is sold out.

Team registrations for both the men and the women are fully subscribed as well as tickets to the banquet.

This year’s event is hosting Ray Bourque (captain of the Boston Bruins for 18 years), Andre Moose Dupont and Joe DiPenta. All three former NHL players were successful in securing Stanly Cups and rings. Respectively they played for the Colorado Avalanche, Philadelphia Flyers and the Anaheim Might Ducks.

This year’s classic is being held on January 21st 2017 on Long Pond the Cradle of Hockey in Windsor NS the Birthplace of Hockey.

Long Pond is heralded as being home to the original pond on which the boys from King’s College School originally played ‘hurley on the long pond on the ice’ circa 1800.

While the team and banquet events at this year’s classic are sold out, David Hunter, President of the Windsor Hockey Heritage Society encourages the public to come out and watch. “The games are free and open to the public to see. Its a great event for the community and all hockey fans and members of the public are encouraged to attend.”

This year marks the sixth annual Long Pond Classic. The event began in 2011 as a fund-raising initiative to assist in the promotion of the Windsor Hockey Heritage society and the proud hockey history of Windsor NS in the development of the game.