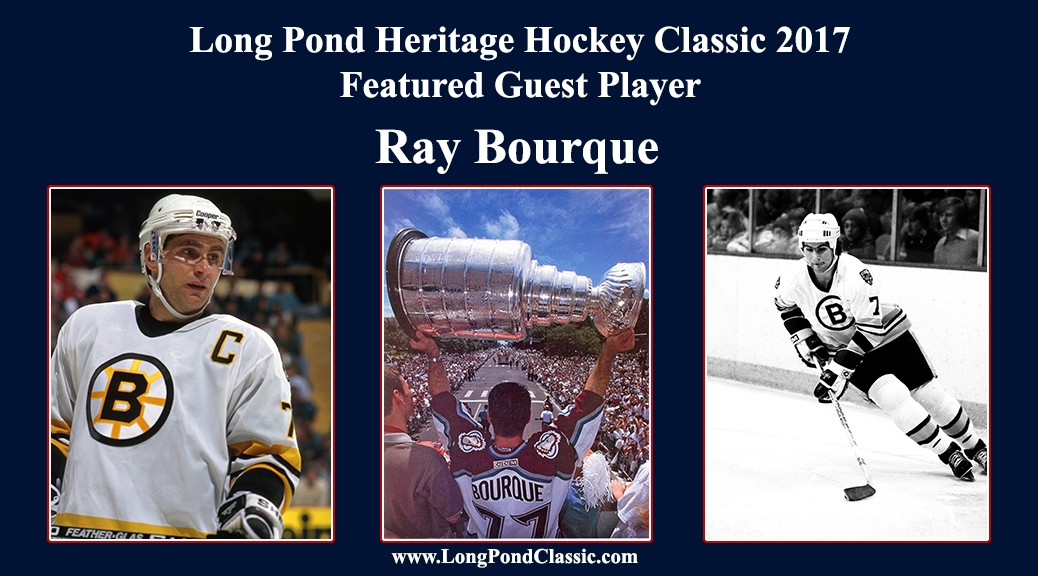 He currently holds records for most career goals, assists, and points by a defenceman in the National Hockey League.

Bourque was near-synonymous with the Boston Bruins franchise, where he played 21 seasons and became its longest-serving captain.

He concluded his career with the Colorado Avalanche, where he won his only Stanley Cup in his final NHL game.

This year’s Long Pond Classic is being held on January 21st. For those interested in playing or attending the annual banquet event details can be found on www.LongLongPondClassic.com.