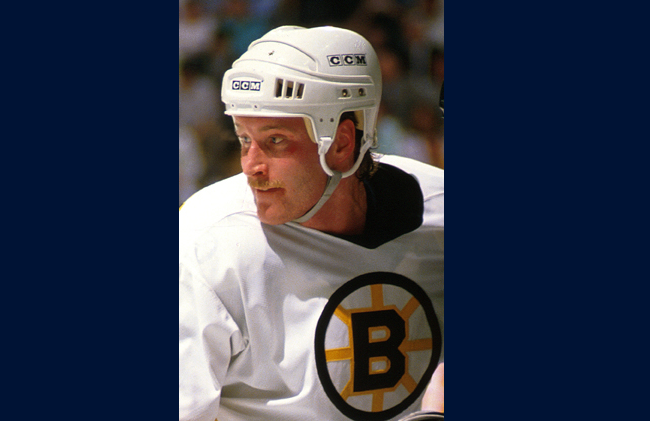 The organizing committee for the Long Pond Heritage Classic are pleased to announced that Robert Sweeney will be joining us for the 2015 Long Pond Classic.

David Hunter, chair of the committee commented “the upcoming event is rounding out really well with a great group of former players and fans coming together to play on historic Long Pond, the Cradle of Hockey, in Windsor Nova Scotia – the Birthplace of Hockey. We’re looking forward to a terrific 4th annual event as in year’s past.”

Robert Emmett Sweeney (born January 25, 1964) is a retired American professional ice hockey center. Sweeney was born in Concord, Massachusetts. He was drafted out of high school by the Boston Bruins in the 1982 NHL Entry Draft, and went on to play four years at Boston College. He made his NHL debut in the 1986–87 season, but spent most of the year with the Bruins AHL affiliate the Moncton Golden Flames.

The1987–88 Season was Sweeney’s first full year, a season where Boston traveled to the Stanley Cup Finals. Following six seasons with Boston, Sweeney was claimed off waivers by the  Buffalo Sabres in 1992 and then  by  the New York  Islanders in  1995.  After  being  traded  to  the Calgary  Flames during the 1995–96Season Sweeney retired from the NHL.

He spent the next season in the  IHL before traveling across the Atlantic to play in Germany with the Germany Elite League from 1997 until 2001. He was inducted into the Boston College Hall of Fame in 2003. Sweeney, who has been serving as the President of the Boston Bruins Alumni Association since the 2002-2003 season, played 10 seasons in the NHL – six of which for the Boston Bruins.  Bob ended his NHL career with 639 games, 125 goals, 163 assists, 288 points, 799 PIM.

Bob Sweeney was named the Director for the Boston Bruins Foundation in 2007 and continues in that role today.